Deadliest Natural Disasters in the World

Causes of Groundwater Pollution and Effects

The release of pollutants into aquifers, which are natural underground water reservoirs,  is one of the major causes of groundwater pollution. Groundwater becomes contaminated once the released pollutants make their way into the aquifer. It is a type of water pollution that is primarily brought on by the release of substances, whether on purpose or accidentally, as a result of human activity or natural disasters.

Harmful substances in groundwater typically move within aquifers according to their biological, physical, and chemical characteristics. The speed of moving water and other processes like diffusion, dispersion, and adsorption frequently aid in their movement. However, because contaminants in an aquifer typically move slowly, their concentration tends to be high and manifests itself as a plume.

These are a few of the factors that contribute to groundwater pollution:

Tanks for storing petroleum products can be found either above or below ground. Petroleum products are also primarily transported underground using pipelines.  Causes of groundwater pollution emerge from leaking tanks releasing harmful substances into groundwater systems.

Trucks and storage containers cause an estimated 16,000 chemical spills and train derailments annually in the USA, particularly when transferring oil. The spilt chemicals mix with water and seep into the ground, where they might contaminate groundwater.

A drinking water source, such as a water well placed too close to pit toilets or septic tanks, is implied by poor sanitation systems. As a result, they can contaminate groundwater, rendering it completely unfit for drinking.

The unsaturated zone and aquifers may be penetrated by water from the sewage systems.

The difficulty in this situation is that it is difficult to determine the ideal distance between the septic tanks and the location from which water can be extracted. This is because it varies depending on the local hydrological conditions.

Water seeping into the ground kills pathogens in between time travel before they reach the aquifer. However, this process is complex in and of itself because it depends on the type of aquifer, the soil, and other environmental factors. Therefore, the SAT method of natural water treatment does not ensure that the water entering the aquifer is free of pathogens.

Groundwater pollution is also caused by improperly treated sewage water that is dumped on the surface of the ground or in nearby bodies of water. This issue occurs in areas with inadequate sewage treatment facilities or poorly maintained sewage systems.

Additionally, even conventional treatment plants might be unable to eliminate certain impurities if micro-pathogens like hormones, pharmaceutical residues, and other micro-contaminants are present in urine or faeces.

4. Excessive use of Pesticides and Fertilizers

Nitrogen-based substances such as pesticides, synthetic fertilizers, or even organic fertilizers like manure have the potential to contaminate groundwater by introducing nitrates. This is primarily because plants utilize only a small portion of the nitrogen, and the remainder may either be washed into water bodies or seep into the ground and contaminate aquifers.

The main causes of geogenic (natural) groundwater pollution are compounds of arsenic and fluorine that form in the aquifers under specific conditions.

The crust of the earth contains arsenic, a naturally occurring metal. It is poisonous and extremely deadly in its organic form. It dissolves in groundwater as a result of the anaerobic conditions created by the organic material that is present in the aquifers. Iron oxides are released into groundwater aquifers as a result of the organic matter’s microbial decomposition. The arsenic is then reacted with these iron oxides to form the more toxic arsenic compounds arsenite and arsenate.

The groundwater’s fluoride-containing compounds are the cause of the second major geogenic pollution. These can be found in aquifers that are deficient in calcium. According to WHO Guidelines issued in 1984, the maximum allowable fluoride concentration in groundwater is 1.5 mg/l. If you consume more than this, you could develop “dental fluorosis,” which is characterized by the hypo mineralization of your tooth enamel. 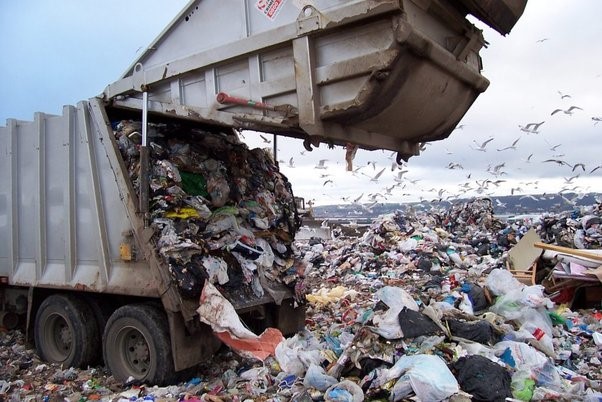 The Love Canal, a failed canal project near Niagara Falls, New York, is one of the most notable instances of groundwater pollution brought on by landfill leachate. Beginning in 1978, the population in the surrounding area began to experience a significant increase in cancer cases and congenital disabilities. The subsequent investigation linked it to toxic organic and inorganic contaminants that were seeping into the groundwater from the nearby industrial landfill.

Arsenic contamination of water and land subsidence may result from aggressive groundwater pumping.

The underground surface’s clayey layer is primarily found in arsenic, and very little seeps into the water during groundwater pumping. However, if done excessively, the high hydraulic gradient created may cause a significant amount to enter aquifers.

We should mention that avoiding many causes of groundwater pollution is possible. This can be achieved through sensible land use policies and keeping an eye on the quality of the water source to detect problems early.

Human health is negatively impacted by contaminated groundwater. Human waste may contaminate the water source in areas where septic tank installation is not done properly. In addition, the liver could sustain irreparable damage as a result of the waste’s potential hepatitis-causing bacteria content.

Dysentery, which can result in severe diarrhoea, dehydration, and in some cases, death, is another possible side effect. Poisoning, which can result from too many pesticides, fertilizers, or natural chemicals, is another health issue. The chemicals poison water sources as they leach into them. Drinking water from a source like that could have negative health effects.

Groundwater contamination makes it impossible for the region to support plants, human, and animal life. Therefore the lack of availability of groundwater can affect the livelihoods of the local populations and the value of the land around them. It also has the effect of making industries that rely on groundwater for product production less stable.

As a result, the affected areas’ industries will have to import water from other areas, which could be costly. Additionally, the water’s poor quality could force them to shut down.

3. Negative effects on the ecosystem, including aquatic systems

Groundwater pollution can have a devastating impact on the environment. One such change is the disappearance of some necessary nutrients for the ecosystem’s ability to sustain itself. A change in the aquatic ecosystem could also happen when the pollutants combine with water bodies. When there are too many contaminants in the water, aquatic animals like fish may disappear quickly.

Utilizing contaminated water could have negative effects on animals and plants. In addition, as toxic materials build up over time in the aquifers, the groundwater may eventually become unfit for consumption by people and animals. The consequences are severe, particularly for those who depend on groundwater during dry spells.

1 Reply to “Causes of Groundwater Pollution and Effects”