Deadliest Natural Disasters in the World

There have been numerous different deadliest natural disasters throughout the history of the world. Because of their catastrophic, long-lasting effects, some of them have truly changed history. Unfortunately, natural disasters continue to be a problem. They will keep happening, and the majority of them do so with little to no notice. Even if you do receive some warning, you are unaware of its potential epic scope.

Here are some of the worst natural disasters that have ever occurred. If history has taught us anything, it is that disasters can happen again. Disasters can strike at any time, so be ready for them. After all, you will discover that the majority of these catastrophes were not things that people anticipated happening to them.

Shaanxi, a province in central China, experienced the deadliest earthquake and largest mass wasting event on record in 1556. This is one of the earliest documented deadliest natural disasters in the World since the 1500s. A large portion of central China’s loess, a deposit of wind-blown dust, which covers much of the region, contributed to landslides and the collapse of homes, which contributed to the earthquake’s 830,000 fatalities.

The wind deposited the fine-grained soil known as loess on the great loess plateau of central China after it was eroded from the Gobi Desert to the north and west. As a result, although an earthquake caused the disaster, most of the deaths resulted from mass-wasting processes.

The majority of residents in the area at the time resided in homes built from soft loess, or silty soil, which accounts for the earthquake’s unusually high death toll. People in the area would carve homes, known as Yaodongs, out of the soft loess to take advantage of the cool summer and moderate winter soil temperatures as well as to get away from the sun and blowing dust that are characteristics of the loess plateau.

Numerous Yaodongs collapsed due to the magnitude 8 earthquake’s shaking, trapping the residents inside. The yaodongs collapsed even in flat areas as landslides raced down steep loess-covered slopes.

The 2010 earthquake, which affected about 3 million people, was the worst natural disaster Haiti, the poorest nation in the Western Hemisphere, had ever seen. There were about 300,000 injuries and 250,000 fatalities. Internally displaced people camps were made to house about 1.5 million people. One of the strongest earthquakes ever recorded in history had a magnitude of 7.0. Aftershocks from the earthquake that shook Haiti were felt widely. The nation consequently experienced its greatest-ever humanitarian crisis. 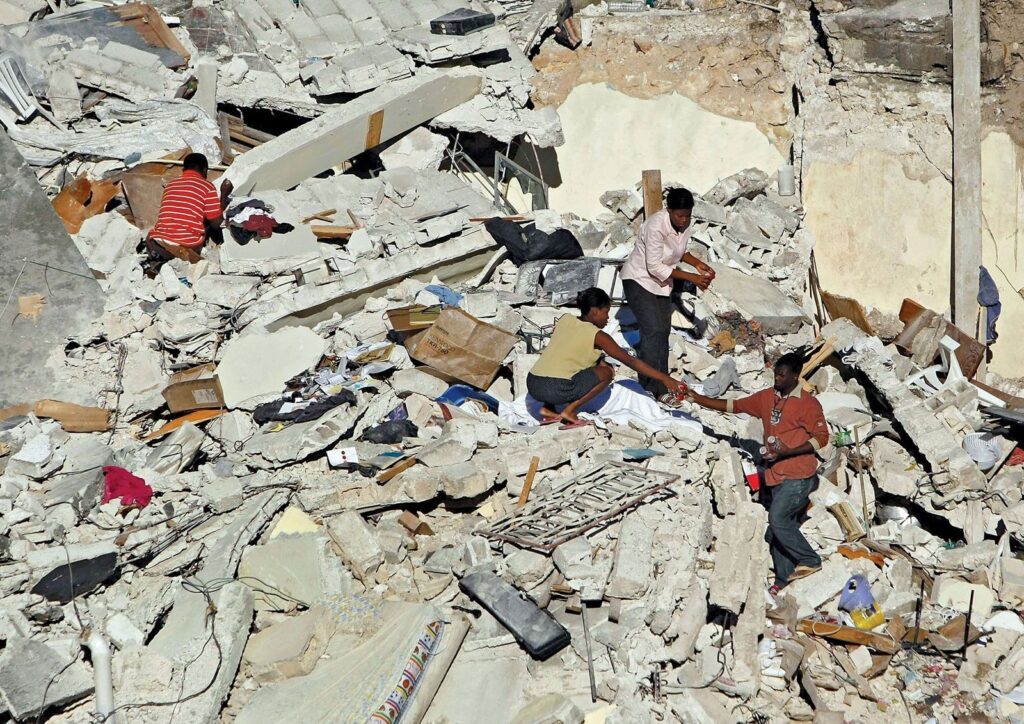 The industrial city of Tangshan, China, which has a population of about a million, is completely levelled at 3:42 a.m. by an earthquake with a magnitude of between 7.8 and 8.2 on the Richter scale. The quake was particularly deadly in terms of human life because nearly everyone was asleep in their beds rather than outside in the comparatively safe environment of the streets. As a result, the Tangshan earthquake is considered to be one of the deadliest in recorded history because it killed an estimated 242,000 people there and nearby.

China, which is sandwiched between the Indian and Pacific plates, has historically experienced many earthquakes. Earthquakes have greatly influenced China’s culture and science, and the country was the first to create functional seismometers. The Tangshan earthquake region in northern China is particularly vulnerable to the westward movement of the Pacific plate. 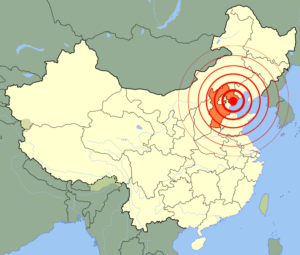 The city of Bam and the nearby Kerman province in southeast Iran sustained significant damage due to a powerful earthquake that the United States Geological Survey estimates to have measured 6.6 on the Richter scale. Approximate numbers indicate that 26000 people died and 30,000 were hurt. 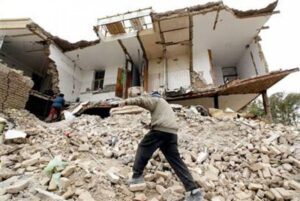 On May 12, 2008, China’s Sichuan province experienced its largest earthquake. At 7.9 on the Richter scale, the earthquake claimed the lives of about 87,000 people. Millions were left homeless as a result. Under the debris of their destroyed communities, thousands of them were buried. It took a lot of effort for troops and rescue teams to reach areas of southwestern China where factories, schools, and homes had collapsed.

On November 12 and 13, 1970, this tropical cyclone struck East Pakistan, which is now Bangladesh. The storm’s strongest winds reached 130 mph (205 kph), which, according to NOAA’s Hurricane Research Division(opens in new tab), put it in the category of a Category 4 major hurricane on the Saffir-Simpson Hurricane scale. A 35-foot (10.6 m) storm surge that swept over the low-lying islands lining the Bay of Bengal before landfall resulted in extensive flooding.

The storm surge and the failure to evacuate led to a high death toll of between 300,000 and 500,000 people. The National Hurricane Center and the Pakistan Meteorological Department acknowledged in a 1971 report that it was difficult to estimate the number of fatalities, in part because of the large number of seasonal workers who had flocked to the region for the rice harvest. According to the World Meteorological Organization, the Bhola cyclone is the deadliest tropical cyclone on record as of the time this article was written (opens in new tab). And the damages were estimated to be worth $86 billion. 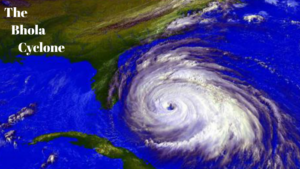 One of the deadliest natural disasters in the world occurred on December 26, 2004, Sunday at 00:58 UTC, a strong earthquake with a magnitude of 9.0 struck the coast of Sumatra, setting off tsunamis that swept through the coastal regions of a dozen countries bordering the Indian Ocean. It caused the deaths of between 225,000 and 275,000 people in 14 nations, with Indonesia being the worst affected, followed by Sri Lanka, India, and Thailand. One of the deadliest disasters in recorded history, it is said to have produced waves up to 30 meters (100 feet) high.

The 2005 Kashmir earthquake was 7.6 on the Richter scale. In Kashmir and northwest Pakistan, 80,000 people are thought to have died. There were approximately 1,400 fatalities in Kashmir, which India administers, as well as nearby Tajikistan, Afghanistan, western China, and other nations. 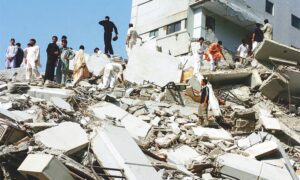 Although there have been numerous major floods along the Yangtze River (Chang Jiang) in central and eastern China since antiquity, the major flood of 1931 stands out for its extensive property damage and high death toll. It flooded numerous cities, including Nanjing and Wuhan, and covered tens of thousands of square miles of rice fields. The flood impacted more than 50 million people. Government agencies estimated that about 3.7 million people, including the National Oceanic and Atmospheric Administration, had died. 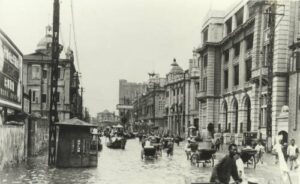 The last on our list today of the deadliest natural disasters in the world occurred on May 2, 2008, when cyclone Nargis wreaked havoc in Myanmar. Around 140,000 people lost their lives as a result of the cyclone, which also destroyed heavily populated areas near the Irrawaddy River delta in Myanmar. After Typhoon Nina in 1975, the damages were estimated to have cost $10 billion and were the second deadliest in recorded history.